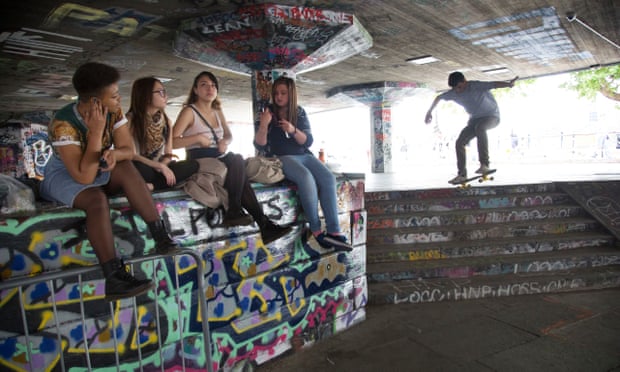 Philadelphia’s homeless population, who came to congregate at Love. Property values dropped and, for a while, the city bemoaned the park as derelict and dangerous. But once skateboarders started arriving on the scene in the early 90s, things started to change.” According to Howell: “Skateboarders made it seem safe again. As [Philadelphia skate legend] Ricky Oyola put it, ‘If these little kids aren’t scared, why should I be scared; I’m a 30-year-old man coming home from work.’ Once it’s safe for young skaters, it’s safe for young male office workers. Once it’s safe for male office workers, it becomes safer for female office workers, then for older folks, and so on.” Read the rest of the article here.